The autonomous Catalonian Parliament is in its capital, Barcelona; I’ve just returned from there after a post-Christmas break.  Cloudless skies and English summer temperatures allowed me to take these pictures the day before New Year’s Eve.  The institution can trace its origins back to some 11th century legislative assemblies, which developed into a tricameral system with a written constitution by 1283.  Its full history can be found on the Parlement de Catalunya website.
An independent Kingdom in the middle ages, by the mid-16th century Catalonia had come under the control of the Spanish (Castilian-Aragonese) King (better known to us in the UK as Philip II) and the Parliament was rarely called, being finally dissolved in 1714.  Revived as an autonomous region of Spain in 1931/32, Catalonia was crushed by Franco in 1939, and its Parliament only resurrected after the dictator’s death in 1975.  The first elections to the new assembly took place in 1980, and of course, proceedings are in Catalan, not Castilian. 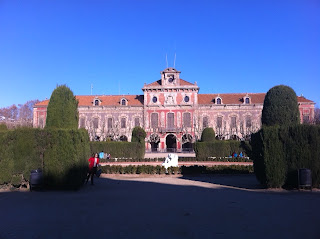 The Parlement building is in the Parc de Ciutadella, on the site of a much larger fort begun by King Philip V in 1715 to oppress the rebellious Catalonians.  It is housed in the former Arsenal building of the fort, the only part of the complex to survive demolition in the 19th century, following its use as a prison for political prisoners – Barcelona’s own Bastille.  The Arsenal was later used under Franco as a military barracks.  The unicameral legislature of 135 deputies therefore sits today – triumphantly – in a building which had in the past been deeply associated with the suppression of Catalonia and its history, culture and language. 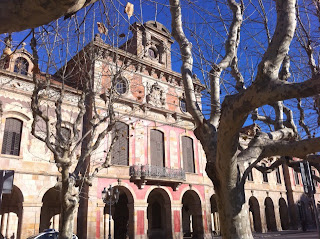 The Parliament building shares its surroundings with the city’s botanical gardens and palm houses, the Natural History Museum of Catalonia, a series of fountains and gravelled walks, playgrounds and a boating lake.  All this is both slightly incongruous for tourists used to very grand ceremonial Parliamentary estates, and immensely refreshing and relaxing. 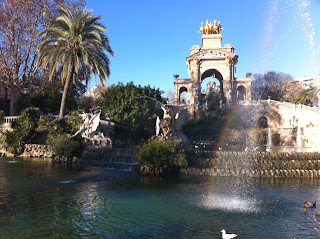 Few foreigners, perhaps, are aware of the more sinister and symbolic history of the handsome pink building at the Parc’s centre. 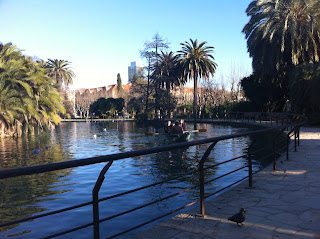