The current terrible weather in the UK makes me long for the Med. Some of the best sunshine I’ve had in recent years was in December (yes, December) 2010 when I went on trip to Malta.

Being reminded of this, and the fabulous flight over Sicily close to a snow-capped Mount Etna to get there, I remembered that I had taken some photos in the Parliament, so here are a few notes about the project underway to build a new one designed by famous Italian architect Renzo Piano. Like all such plans, it’s very controversial.

The Kamra tad-Deputati, or unicameral Maltese Parliament, is currently housed in the Grand Master’s Palace in Valletta, dating from 1572, a building which encapsulates Malta’s many layers of history. The Knights Hospitaller of St John ruled Malta from 1530 until Napoleon captured it in 1798. The Palace was the residence for its successive warlike Grand Masters, and that is reflected in two glorious Baroque courtyards, its marble corridors lined with suits of armour and its imposing state rooms (below). Also housed within the building is the official residence of the President of Malta and an Armoury Museum. 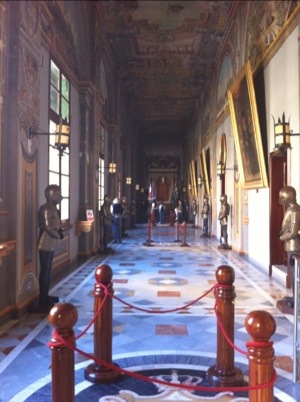 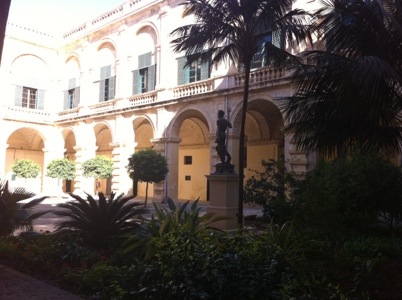 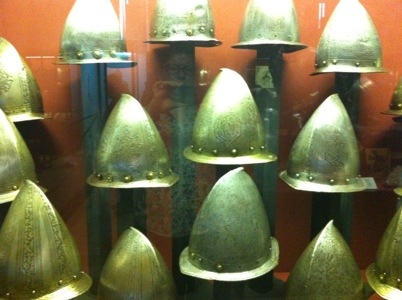 “Under the Order of St John, from 1530 to 1798, democracy was unknown even as an inspiration” says the Maltese Parliament’s website. Malta became a British possession in 1814, and its first Constitution was granted in 1835 giving it a nominated Council of Government, which became elected in 1887.  In 1921 Malta gained its first autonomous government “composed of Ministers who were themselves Members of and responsible to a Legislature which the Maltese people elected”. During the Second World War Malta was famously awarded the George Cross for the collective bravery of its inhabitants under bombardment, and the Grand Harbour (below) became the stockade where the entire Italian fleet was impounded by the Royal Navy following its surrender. “Be pleased to inform their Lordships”, signalled Admiral Cunningham in a stirring telegraph to the Admiralty in London in September 1943, “that the Italian battle fleet now lies at anchor under the guns of the fortress of Malta”. 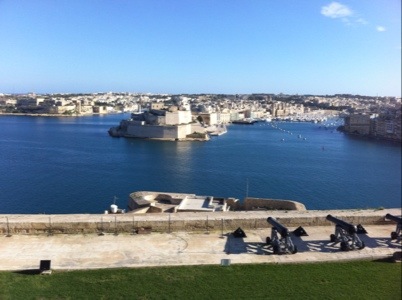 So with this proud military history behind them, and the World Heritage Site of Valletta (built as a fortress city) to consider, the new plan for the Parliament quarter has run into opposition.
The new building is due to open in 2013 and will relocate the Parliament from its ancient palace to a site near the city gate. The ‘green’ Parliament building is to be located symbolically over a new Museum of Maltese History and Political Development. This is a quarter of Valletta which for many decades has been a terrible eyesore in an otherwise beautiful and alluring city, not least to due the arrival of a concrete monstrosity of a city gateway in 1964. Yet some Vallettans do not want the ruined nearby Opera House demolished and replaced with an open air performance space which is also part of the Renzo Piano plan. The Royal Opera House (designed, incidentally, by E.M. Barry, the son of Charles Barry) was bombed by the Luftwaffe in 1942 and has remained unreconstructed since, just one more testament to Malta’s key role in Mediterranean wars over thousands of years. As with many plans for new Parliament buildings (including those for the new Palace of Westminster in the 19th century), the location of constitutional operations is not simply a matter of political expediency. They carry with them huge amounts of historical baggage relating to national identity, sacrifice, memory and belonging. If planners and politicians are not careful, then they can find themselves up against the most formidable type of opposition based on a long-standing attachment to places which evoke the strongest national pride. 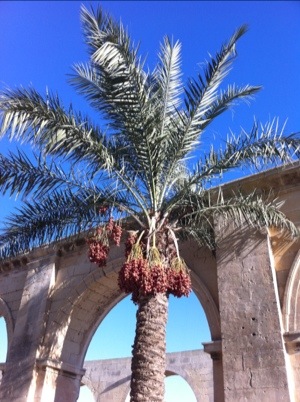