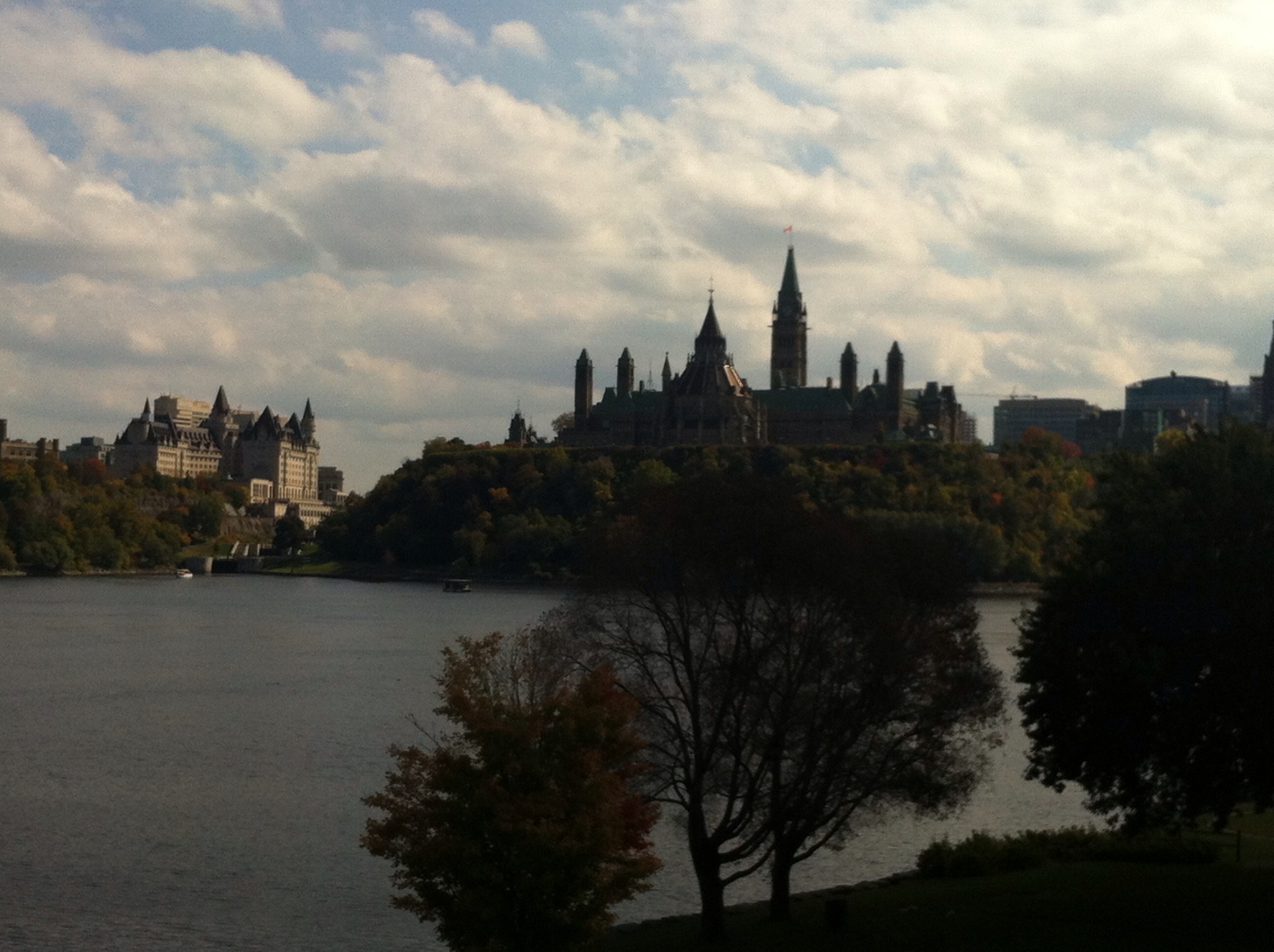 Of all the legislatures in the world which follow the Westminster model, the Parliament of Canada in Ottawa seems most familiar to British observers.  It has a House of Commons, members of Parliament and a Gothic-revival Parliament building, a Hansard, an impartial Speaker (unlike the USA, for example) and procedural manuals and processes which parallel those in use in London. 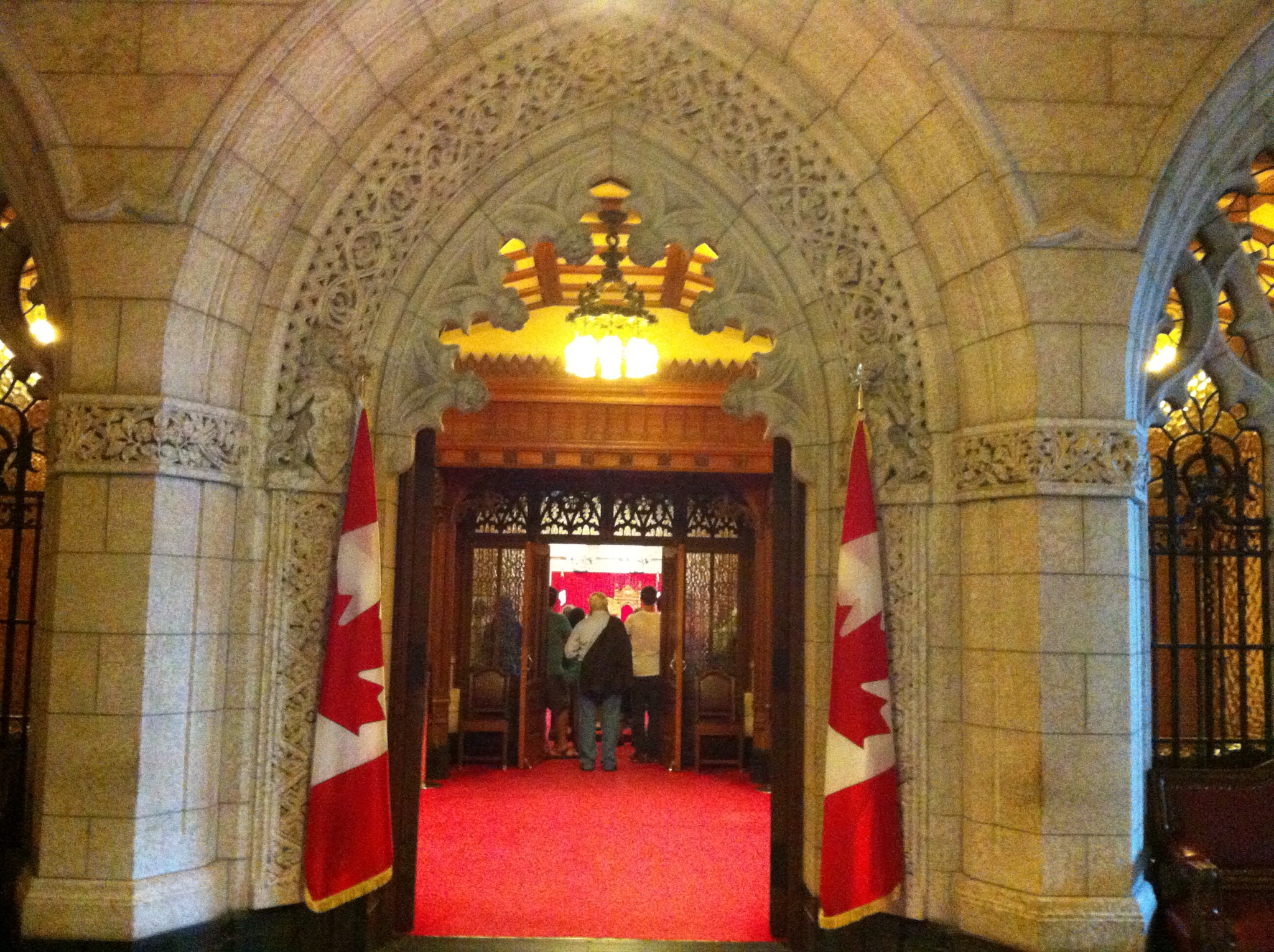 It is to the Canadian Parliament that the Westminster administration often looks first when seeking comparisons on major strategic developments. Most recently, the proposal for an essential refurbishment programme in London is being informed in part by the experience of the redevelopment plans now taking place in Ottawa. 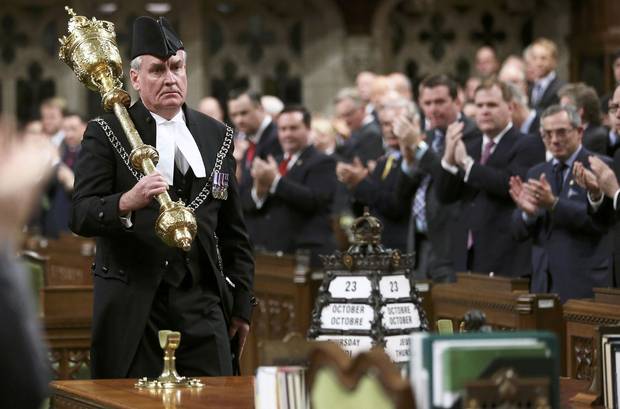 Recent tragic events in Canada also point to another similarity with Westminster, in the person of the Serjeant at Arms.  This week, Kevin Vickers, who holds this post at Ottawa, shot dead the gunman who killed an unarmed soldier outside and then was running amok inside the Parliament building.  In 14th century England, the royal household included a number of serjeants-at-arms, a bodyguard wearing striped uniforms, who protected the monarch wherever they travelled. One serjeant became assigned to Westminster to escort the monarch when in Parliament, and then subsequently the Speaker.  The ceremonial mace (pictured above carried by Vickers) used in Canada, symbolises the power and authority of the House of Commons as it does in Westminster, but originated in the powerful and threatening clubs wielded by the serjeants in their jobs.  The Canadian Serjeant in 2014 was heroically doing exactly what was in the original medieval job description. 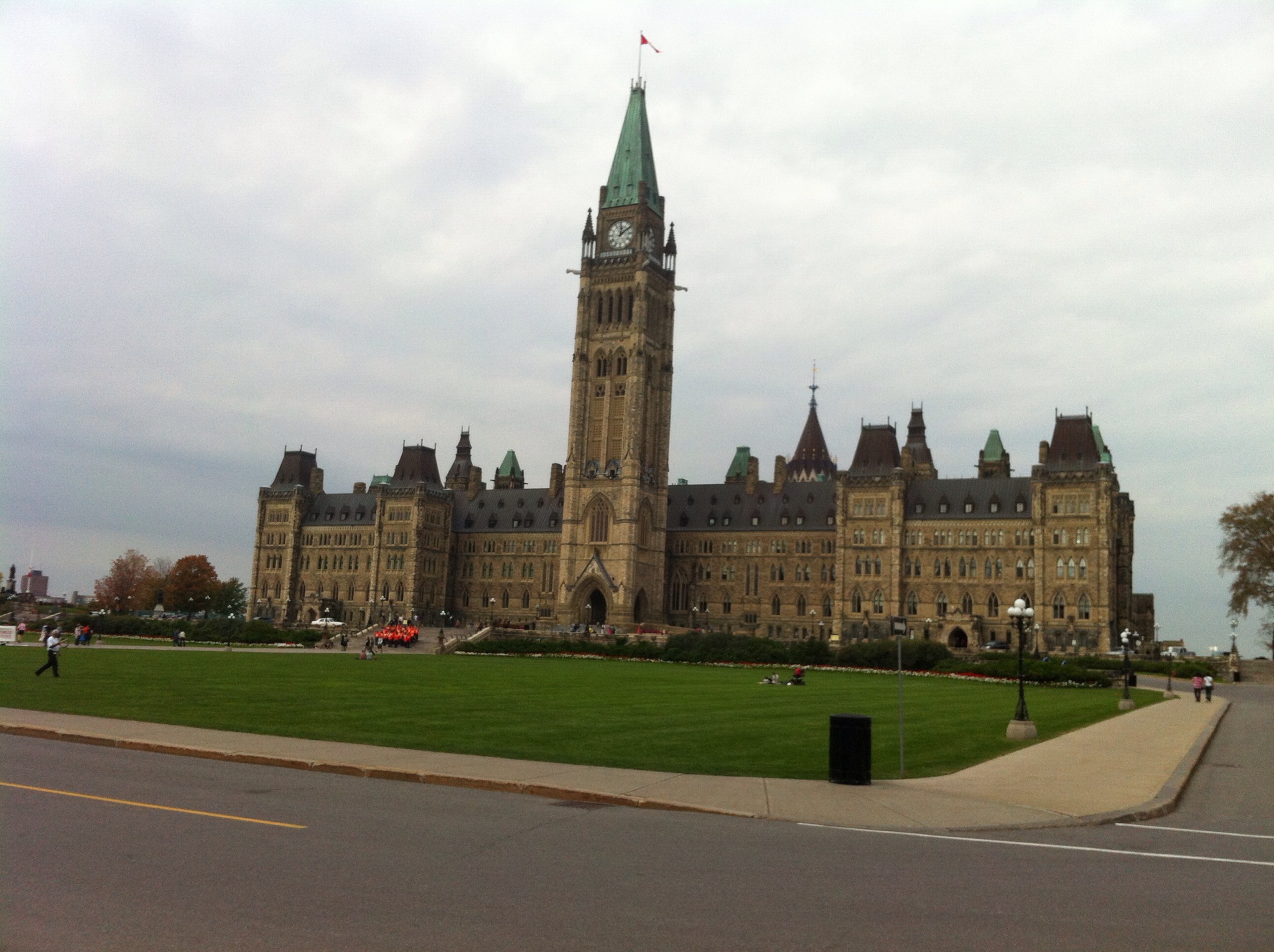 Just over a year ago, I visited the Ottawa Parliament building and was fascinated to discover it too was the product of a disastrous fire.  The Canadian fire of 1916 was equally as dramatic as 1834 but much swifter in its early stages.  The Westminster disaster was condemned by the Prime Minister, Melbourne, as, “one of the greatest instances of stupidity upon record.  I have no doubt it had been burning the whole day. No private house would have been destroyed in such circumstances.”  In 1916 there seems barely to have been enough time for the fire to have been spotted and the MPs to grab their coats before the building was fully ablaze. The fire started in a reading room adjacent to the Commons’ chamber at 8.50pm.  Its point of origin was a pile of papers on the lower shelf of a reading desk which suddenly flared up, alarming a nearby Member who rushed to find a doorkeeper and fire extinguisher to put it out.  This proved unsuccessful and before their eyes the flames licked up the sides of the walls, catching on the newspapers hanging there, and then across the ceiling. The woodwork in the reading room and other parts of the building had been freshly varnished, and this, plus the extensive use of white pine for the furnishings, meant that the fire took hold incredibly quickly in such an inflammable environment.

Unlike the Westminster fire (subject of a Privy Council inquiry headed by the Prime Minster and the Lord Chancellor) the cause of the Ottawa fire seems never to have been satisfactorily explained. As the reading room desk where it began was free standing that seems to rule out electrical failure. A fireplace does not seem to have been involved. The room was deserted at the time except for Francis Glass, the MP who first spotted (or rather, felt) the fire beside him.  Reports in the papers that the flames were ignited by an abandoned cigar in a wastepaper bin (a version of the story which still seems to persist today) or by the spillage (deliberate or otherwise) of some chemical were categorically ruled out at the inquiry. The fire seems to have sprung fully formed from the desk without so much as a ‘by-your-leave’.  The newspapers of course, revelled in lurid conspiracy theories in both 1916 and 1834.  In Canada, the worry was that, coming in the middle of the First World War, this was a plot set by foreign spies. At Westminster, the rumours ranged from the machinations of greedy architects to – again – shady characters (no doubt thought to be French, given the year in question) throwing molotov cocktails made of flaming turpentine at the building. 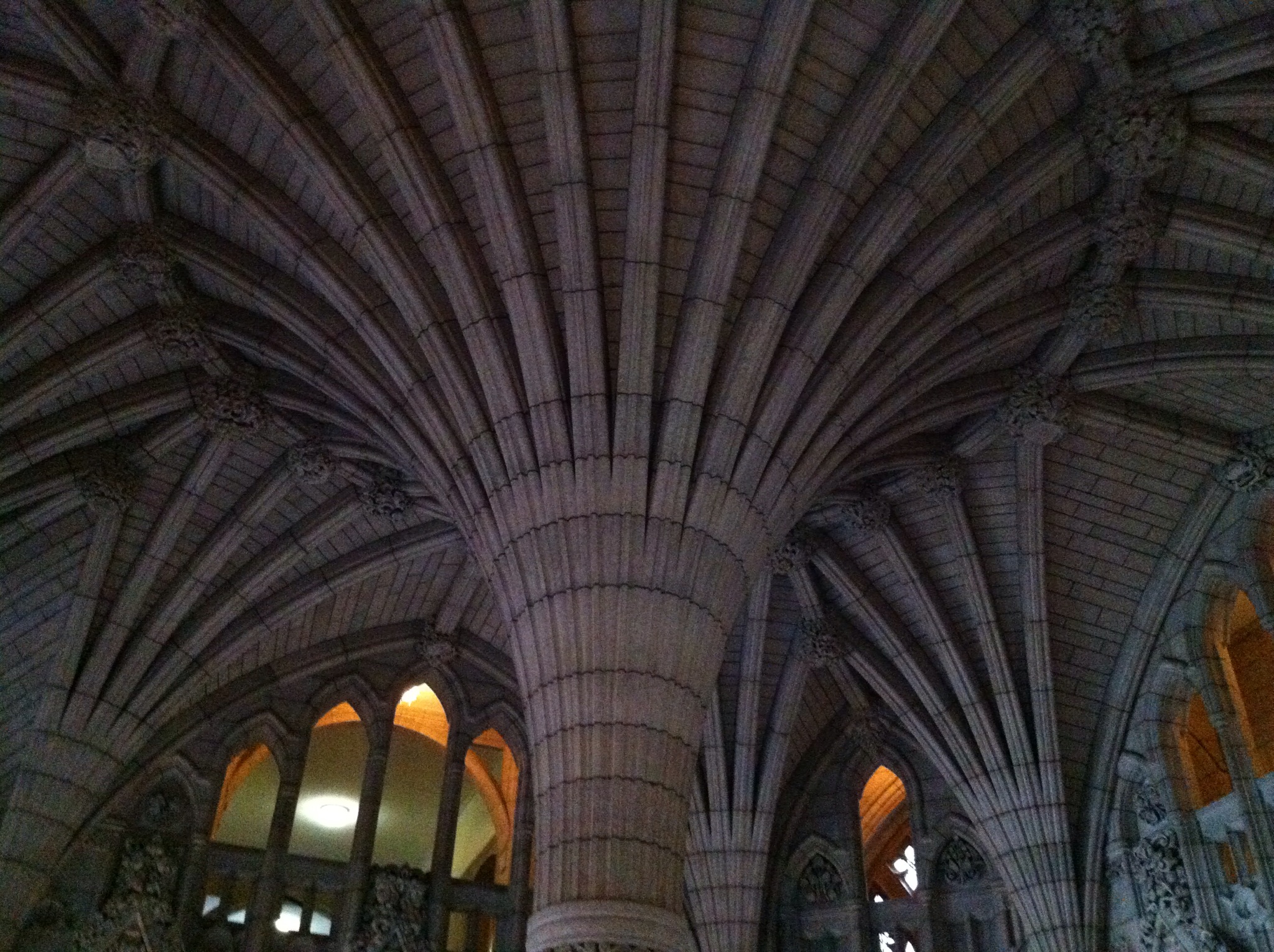 Seven people tragically died at the Ottawa fire. Most, including two women, were overcome by smoke inhalation before being able to exit the building, but two men firefighting were killed by the fall of one of the towers. At Westminster, no one died on the night. Neither House was sitting in October 1834 and therefore fewer people were at risk to begin with. Palace servants ran from the building in panic, including the senile mother-in-law of the housekeeper who had been left in charge, the women shockingly bonnet-free. In Canada, outer clothing also preyed heavily on the mind of escapees. Dr Chisholm, MP for Inverness and recovering from flu, asked a messenger to fetch his warm winter coat from an upstairs office, while he himself tended to the badly-burned face of a minister, not realising the danger to which the servant would be exposed.

The impact of the 1834 fire on Parliament, London, and British life more widely, was enormous.  Its most obvious result was the creation of the new Houses of Parliament – which is the image of Britain which pops into most people’s heads when they think of this country, especially the iconic silhouette of Big Ben.  It spawned a number of Victorian Gothic imitators, including those in Budapest, and Ottawa itself, though they are more Ruskinian than Perpendicular in style. 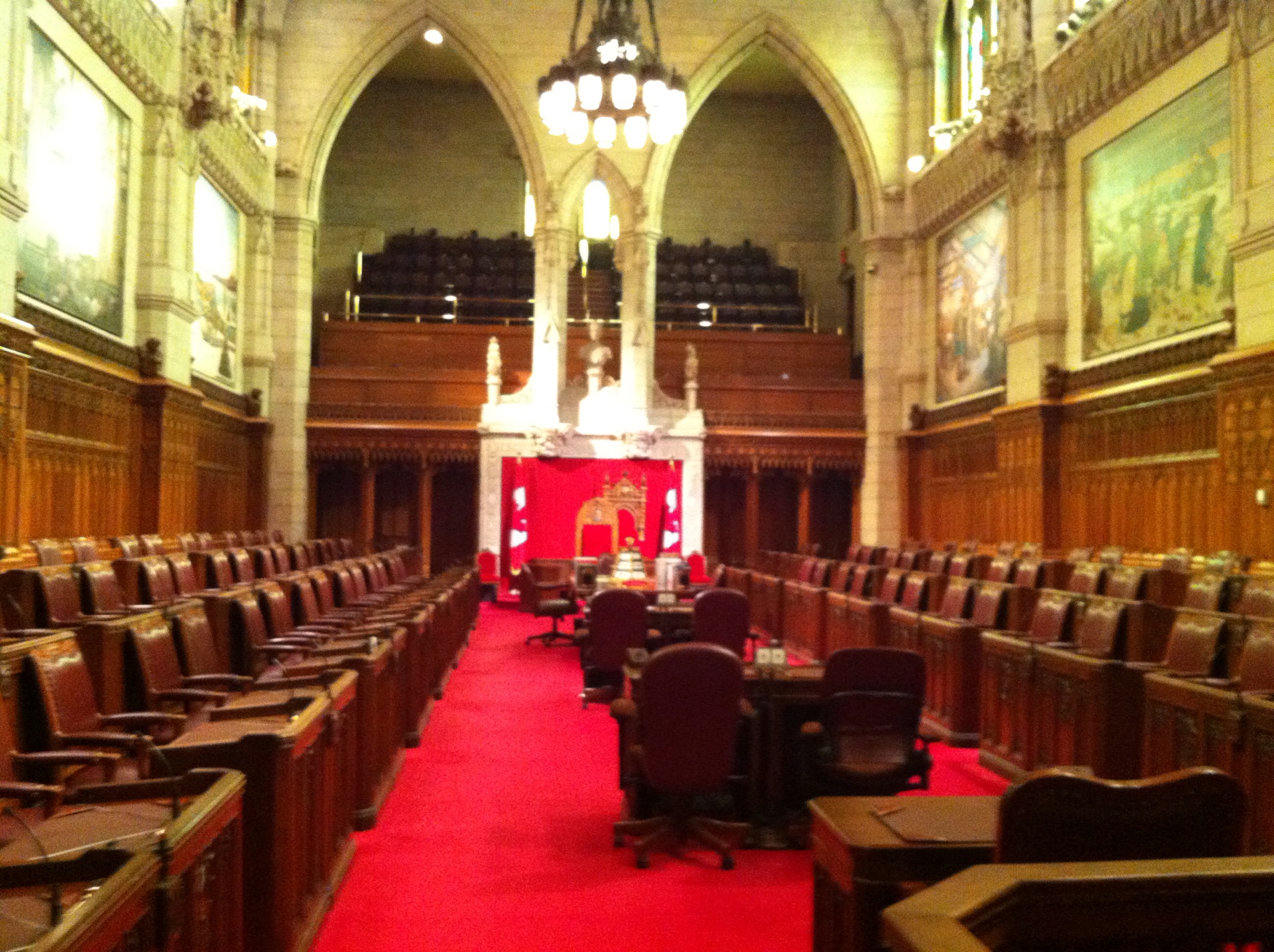 But while it took around five years to replace the core of Parliament Hill in Canada, work in Westminster took some thirty years to complete. It’s also fair to say that the rebuilt Central Block at Ottawa is not what other nations think of when they hear the word ‘Canada’.  In those instances, it’s more likely to be an image of the glorious outdoors: a maple leaf, some magnificent wilderness, or a grizzly bear poised on some rapids is the more likely image which springs to mind.

One final poignant aspect of the Ottawa fire is how the catastrophe itself and the ruins were captured in photographs, and how recordings of eyewitnesses survive.  Occurring just a few years before the invention of photography, one of the most tantalising features of the 1834 fire is how little we know about the interior of the building before the disaster and how imperfect the evidence is of its aftermath.  For Canadians at least, the continued existence of the destroyed building in photographic form meant that it was not wiped from the national consciousness, as the old Palace of Westminster has been in Britain.  In London, Westminster Hall survived as a reminder of the old building; in Ottawa it was the Parliamentary Library, a Gothic Pepperpot whose iron doors (below) were swiftly closed by a quick-thinking librarian who thus saved it from the oncoming flames. 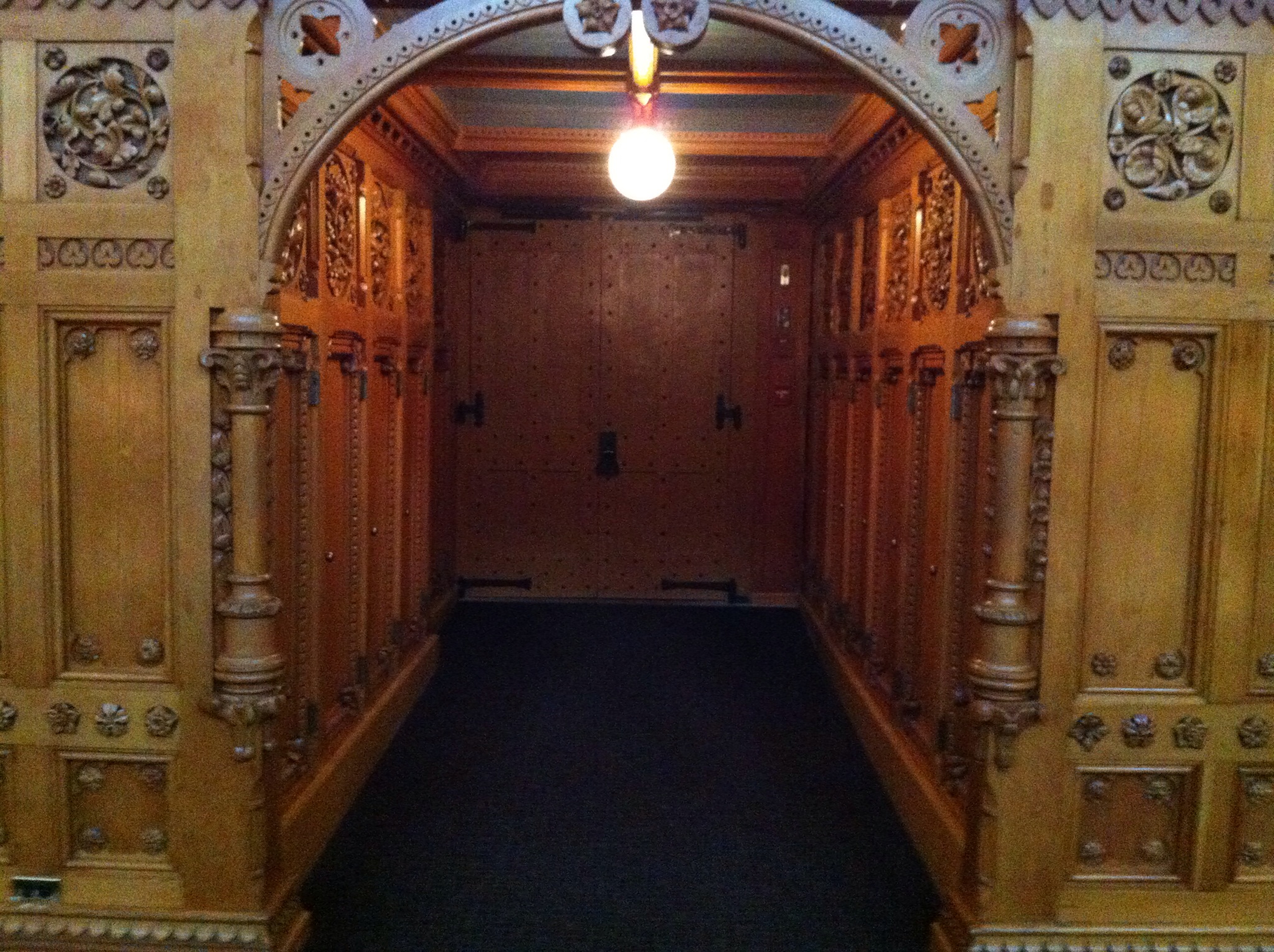 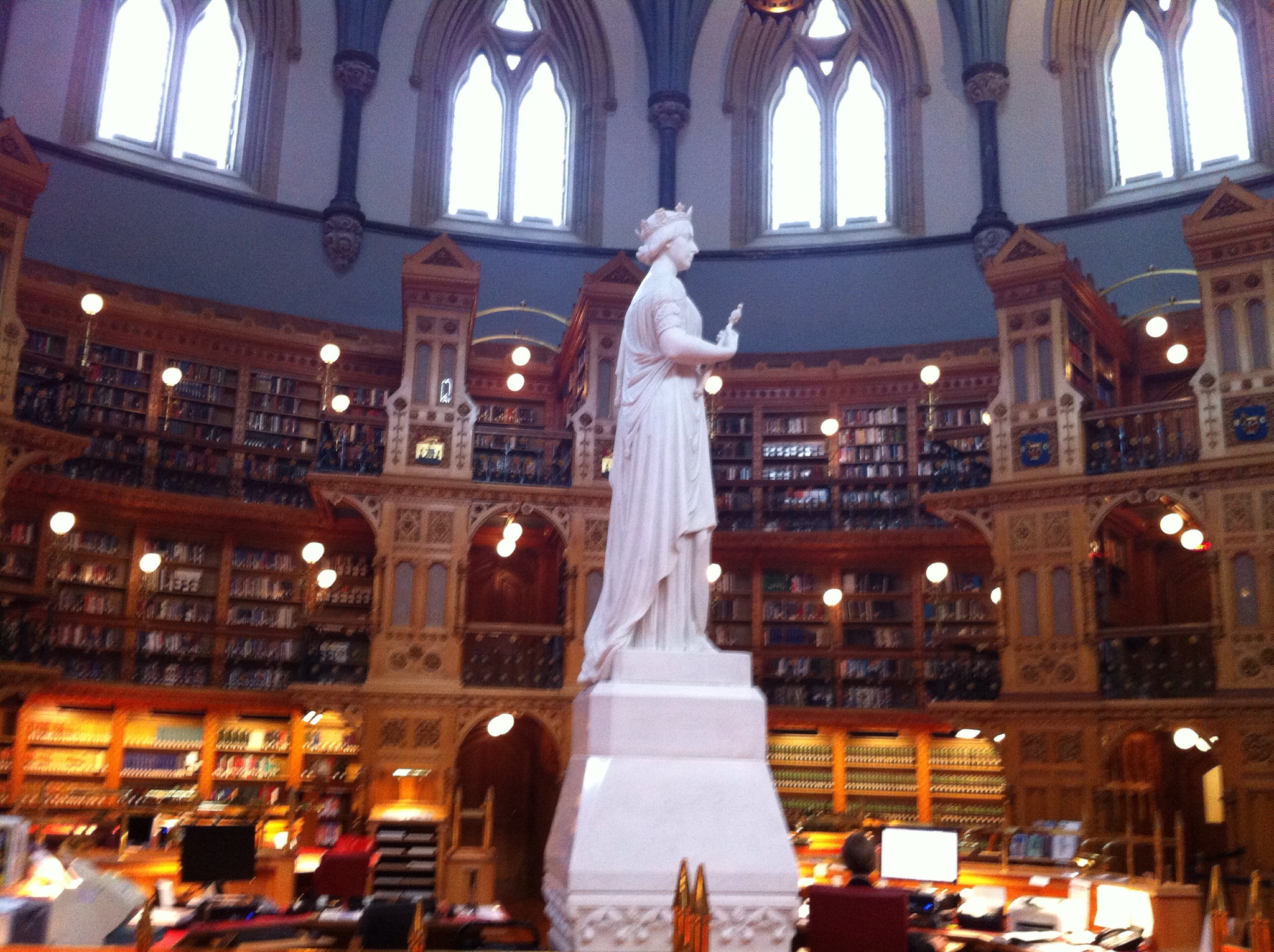 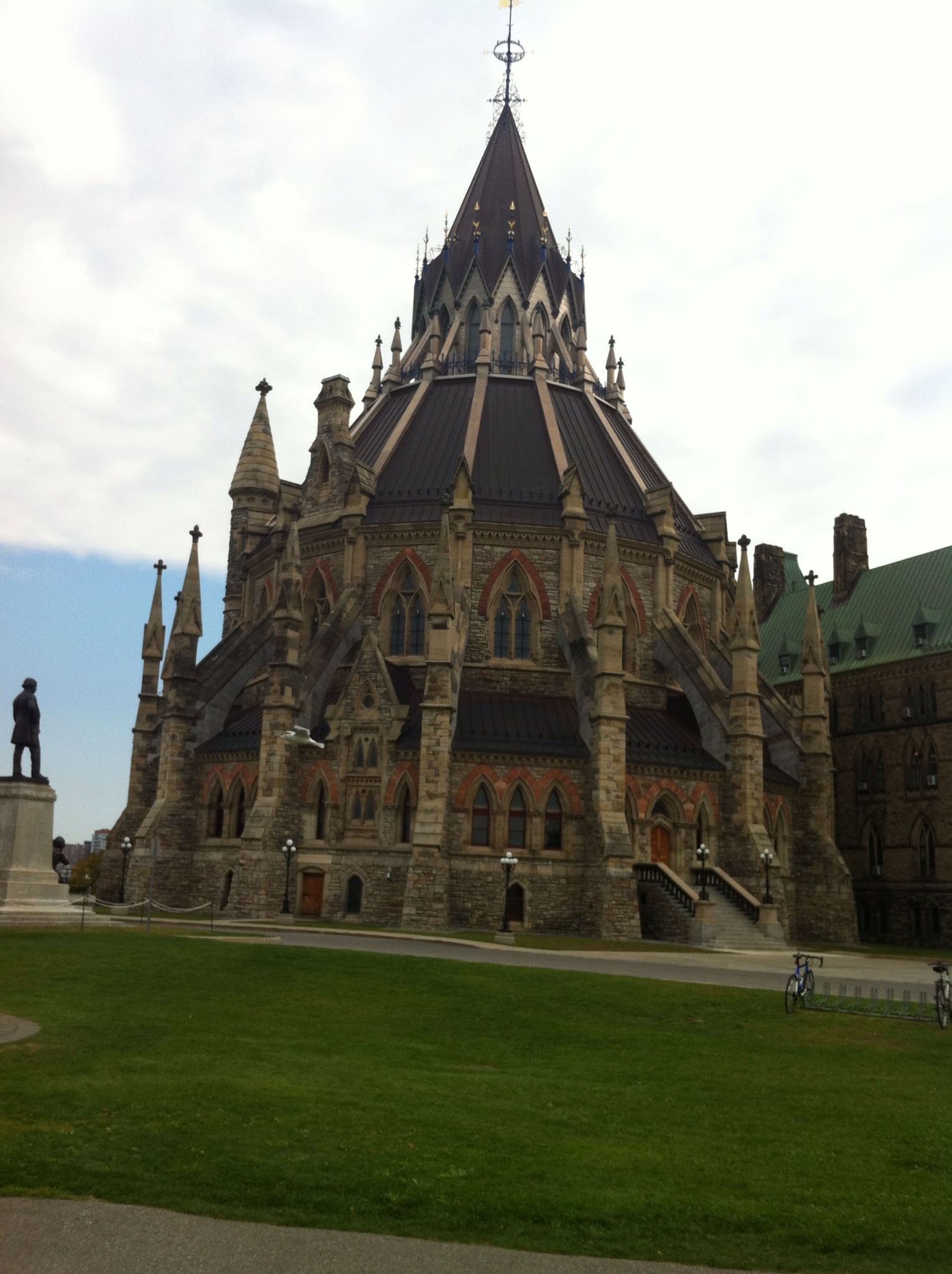