It’s not just Dickens’ 200th birthday, this is Pugin’s year too.

One of the most pleasing aspects of the bicentenary celebrations of Charles Dickens’ birth is the way in which his early life before he became a novelist has been rediscovered. It turns out that in the early 1830s he was a Parliamentary reporter and political sketchwriter for various London newspapers: an experience which crept its way into his early books – most notably The Pickwick Papers, Nicholas Nickleby and David Copperfield. For the rest of his life, Dickens had a profound contempt for politicians and political life even though, later in his career, he was offered the chance to become an MP himself. 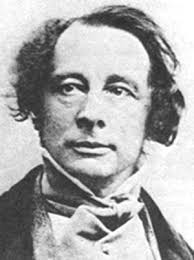 But in fact there are a whole range of other Parliamentary anniversaries being commemorated this year. It is the 200th anniversary of the assassination of Prime Minister Spencer Perceval in the lobby of the House of Commons. It is 500 years since a disastrous fire in the private apartments of the Palace of Westminster led to the building’s abandonment by Henry VIII and Katharine of Aragon, freeing it up to become the permanent location for the House of Commons (the Lords were already there). And perhaps most importantly of all for Parliament, it is also 200 years since the birth of Augustus Welby Northmore Pugin.

Born on 1 March 1812, just 16 days after ‘the inimitable’, Pugin as much as Dickens shaped the culture of the Victorian era. What Dickens was to the literary imagination of 19th century England, Pugin was to its visual one. It was Pugin who added the decorative details to Charles Barry’s Houses of Parliament: the encaustic tiles, the stained glass, the extraordinary wallpaper, the leather chairs with their Portcullis symbol, the explosion of gold and scarlet which is the interior of the House of Lords, the icon that is Big Ben, and the gilded vanes on the finials of the exterior which glitter against the London skyline whatever the weather. He designed countless neo-Gothic churches in support of the Oxford Movement; inspired the Arts and Crafts movement; and gave birth to English domestic architecture as we know it today. Anyone living in a suburban house with an entrance hallway leading to a sitting room and dining room, and a dog-leg staircase rising to the first floor, owes it to Pugin (though he would undoubtedly loathe their bland decorative schemes and machine-made fixtures).

Like Dickens, Pugin had endless problems with women. Passionate, impulsive and always falling in and out of love, he had three wives and a number of agonising affaires. Like Dickens, he was indifferently educated, and largely self-taught. He was shipwrecked; Dickens survived a terrible railway accident. Both had large families, and both most likely produced some illegitimate offspring. Both were workaholics, crippled by mystery illnesses and driven to distraction by business difficulties. Both loved Christmastide. As young men, they were similarly obsessed with the theatre. Dickens hung around the stagedoor at Drury Lane and the Adelphi, while Pugin was a stagehand and set-designer at Covent Garden, there contracting the syphilis which prematurely killed him at the age of 40 in 1852. They must have passed each other in the street without knowing it as young men, and as older men though they seem not to have met, Dickens was certainly aware of Pugin and hostile to his religious views. Both men called Kent their home. Dickens survived for another eighteen years. He, like Barry, has a tomb in Westminster Abbey. Pugin is buried in his own church at Ramsgate beside his third wife Jane. It is only in the last few years with Rosemary Hill’s acclaimed biography God’s Architect that Pugin’s genius has been revealed in all its glory, and has placed him alongside Dickens as a towering artistic figure of the nineteenth century. Happy Birthday, Augustus.