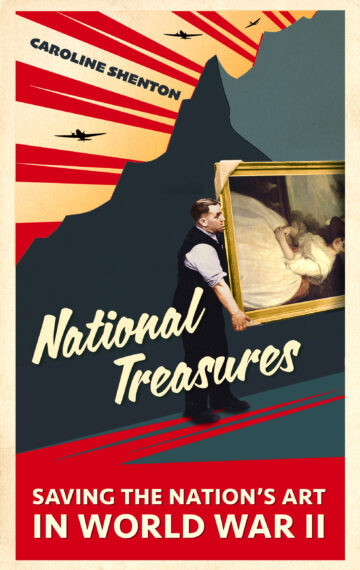 The gigantic covert wartime mission led by the men and women of London’s museums and galleries to save the nation’s priceless heritage.

This is the gripping and sometimes hilarious story of how a band of heroic curators and eccentric custodians saved Britain’s national heritage during the Second World War.  As Hitler prepared to invade Poland during the sweltering summer of 1939, men and women from across London’s museums, galleries and archives forged extraordinary and ingenious plans to send their collections to safety.  Using stately homes, tube tunnels, slate mines, castles, prisons, quarries and even their own houses, a dedicated bunch of unlikely misfits packed up the nation’s greatest treasures and, in a race against time, dispatched them throughout the country on a series of top-secret wartime adventures. With a cast of characters who could have stepped right out of an Ealing Comedy, this is a moment from our history when an unlikely coalition of mild-mannered civil servants, social oddballs, and metropolitan aesthetes became nothing less than the heritage front in our fight against the Nazis.

Book of the Year 2021, London Historians

Geeks triumph over the forces of darkness: nothing could have given me greater pleasure! Caroline Shenton has done her unlikely heroes proud – Lucy Worsley, Chief Curator of Historic Royal Palaces and bestselling author and broadcaster

An engrossing and uplifting story of how some of the greatest treasures of Britains museum, gallery and library collections were protected and preserved during the darkest days of WWII – Richard Ovenden, author of Burning the Books

Shenton has the archivist’s unerring eye for detail and the storyteller’s instinct for what will make a compelling tale. It is brought to life with energy and confidence – Julie Summers,  author of Jambusters

Entertaining, surprising and full of brilliant vignettes, Shenton does justice to one of the great untold stories of the Second World War – Josh Ireland, author of Churchill & Son

A delight from start to finish…Shenton manages to combine scholarly and diligent research with powerful narrative drive and a hugely entertaining taste for the anecdotal. Moreover, her cast of characters wouldn’t disgrace an Ealing Comedy.  I haven’t enjoyed a book so much in years – Adrian Tinniswood, author of The Long Weekend and Noble Ambitions