It’s a week of anniversaries and art.  JMW Turner (1775-1851) died 160 years ago today.  “I never miss an accident” he once said, and true to his word, he was out on the night of the fire at Westminster in 1834. Armed with his two notebooks he spent hours absorbing the colour and drama of the scene, both on land and water.  I haven’t been able to get all of his watercolour pictures of the fire into my book (one of them, and the two famous oils will be), but here are some wonderful reproductions of the rest from Tate Britain which houses the Turner bequest.  They are not on permanent public view at the gallery because that would damage them, but they can be studied in person on request.  In 2005 they were displayed alongside works by Monet and Whistler, and it is obvious the debt which those two other artists owe to England’s greatest painter. 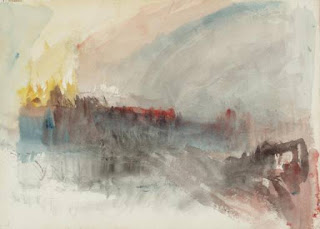 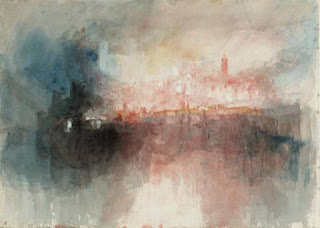 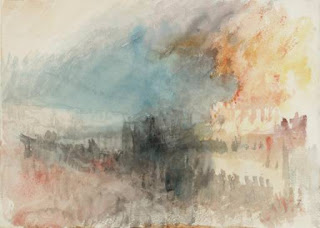 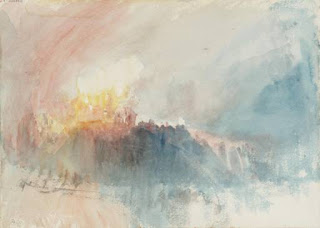 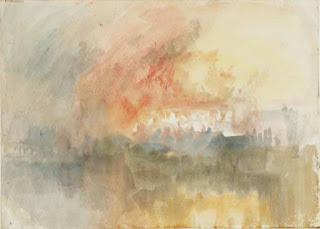 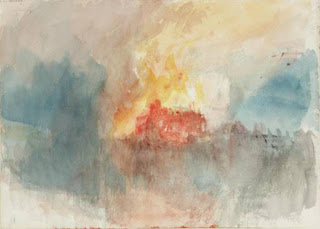 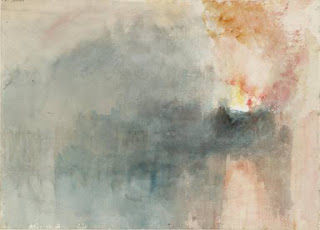 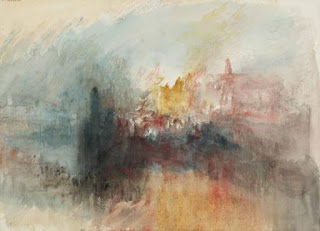 For more information on Turner’s paintings of the 1834 disaster, I recommend the very interesting catalogue by Katherine Solender, Dreadful Fire! (Cleveland OH, 1984) produced for the 150th anniversary of the fire by the American gallery which holds one of the oils.   It’s now out of print, but during my research, I managed by mistake to acquire two copies of this small but fascinating paperback from separate secondhand bookshops.  I have one in good condition to give away – if you’d like to win it, please follow this blog (if you’re not already) and add a comment or two about Turner or these paintings, or both, by 31 December.  I’ll choose a winner at random from contributions.