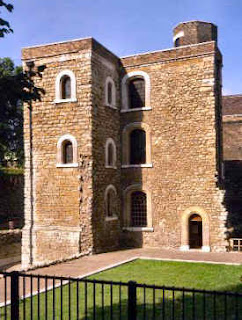 After my nine-day marathon of writing, and a bit of work over the Bank Holiday weekend, I have now jogged past the 75,000 word milepost.   I am very pleased with  progress, but the first three and a half chapters are still just a series of half-digested chunks of narrative and references which is annoying.  One liberating triumph however, was to combine the former chapters 3 and 4 (now chapter 3), and chapters 5 and 6 (now chapter 4).  There was no way I was going to get those four smaller chapters up to 5,000 words each, so I cut the gordian knot and now feel FREEEEEEEEEE of the obligation to pad them out with meaningless stuffing.  Last week, on a practical expedition, I went into the Jewel Tower at Westminster (left) to refresh my memory of the location where the acts of Parliament were located during the fire.  The Jewel Tower is one of the few surviving parts of the medieval Palace of Westminster, built in 1365.  Should really also take a trip (all of one minute across the road) to St Margaret’s church where many of the evacuated books and records ended up, and also need to go to the Tate Britain (10 min walk) to check out the Turner watercolours of the fire.