Just before Christmas I found myself attending a week-long course in the City of London and, as chance would have it, the training centre was on the corner of Queen Street and Watling Street EC4.  Watling Street was the Roman road which ran from Dover to Wroxeter and beyond.  This London fragment of it still bears its ancient name, lying in the shadow of St Paul’s and also running parallel to Cheapside (the main market street of the City from medieval times onwards). 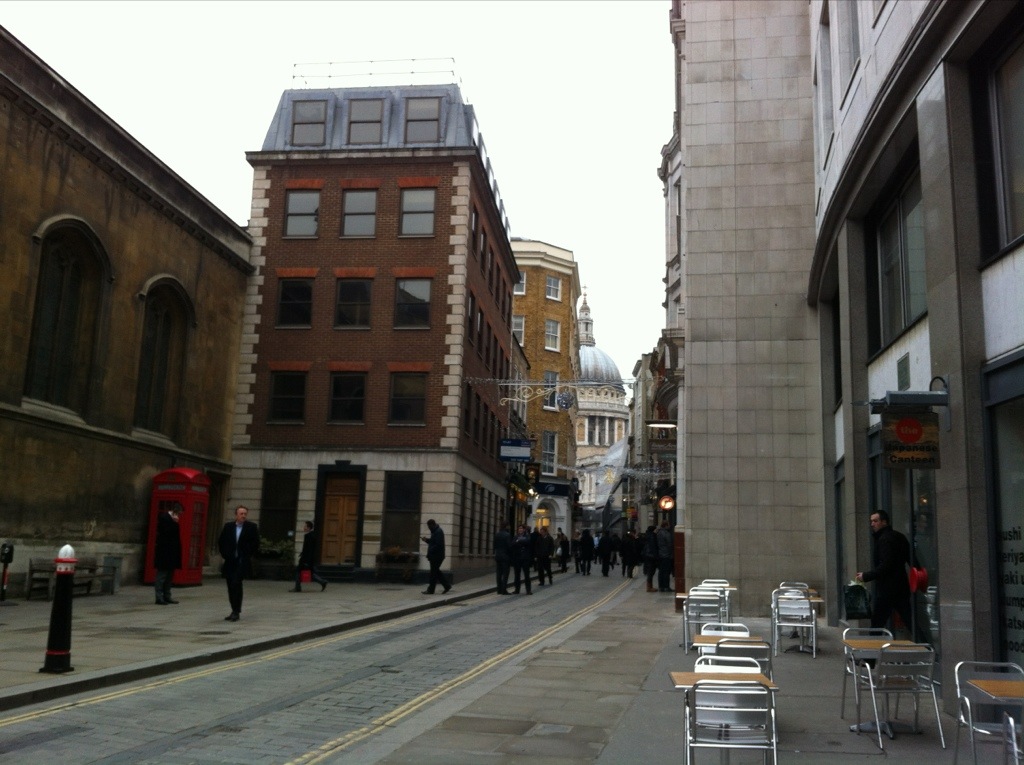 Apart from Christmas shopping, my interest in Watling Street was because No 68 was, in 1834, the headquarters of the London Fire Engine Establishment and residence of James Braidwood.  I went exploring in my lunch hour and discovered – I think – that 68 does not exist any more.  Was it perhaps on the site which is now occupied by the New Change shopping centre (specifically the Bread Street Kitchen bistro photographed below)?  I would be delighted to hear from anyone who can confirm this. 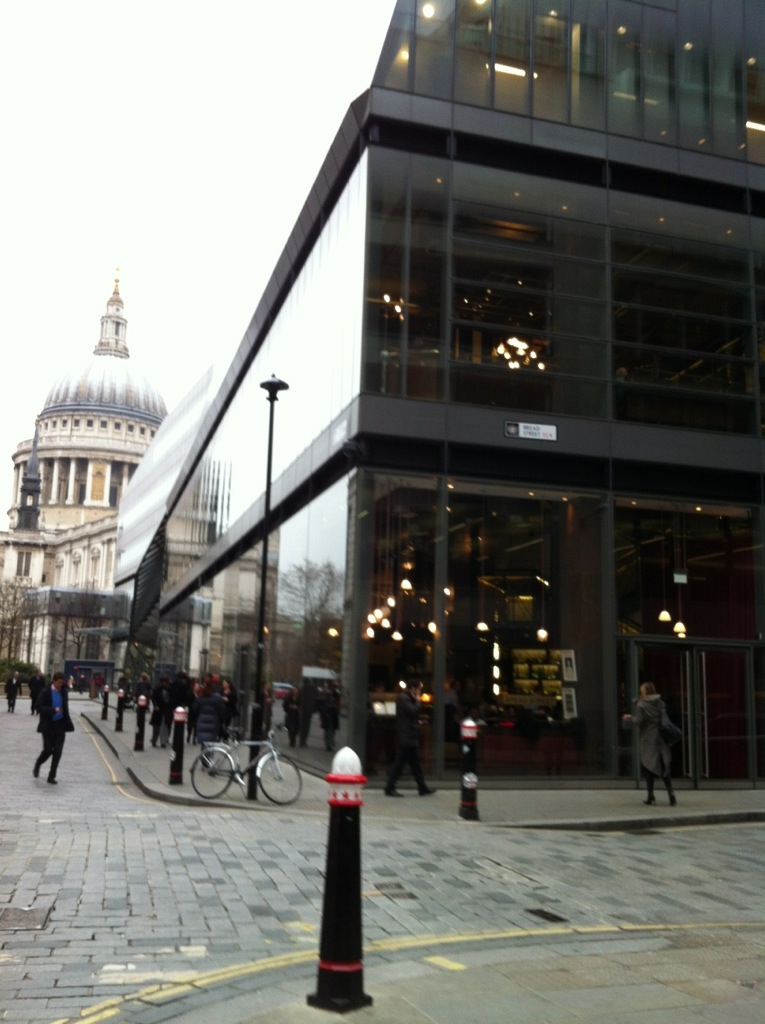 However, the spirit of Braidwood still lives on in this bustling part of the City.  At the other end of Watling Street is a Japanese restaurant sporting a plaque (see below) which proudly proclaims that the building stands on the former site of the London Salvage Corps.  This was an organisation set up around the same time as the first public London Fire Brigade following Braidwood’s tragic death in 1861 to provide specialist help in rescuing furniture, goods and stock from burning premises.  It appears to have had several locations over the years along Watling Street, no doubt located there because by the 1860s this road had become known for its fire-fighting associations. 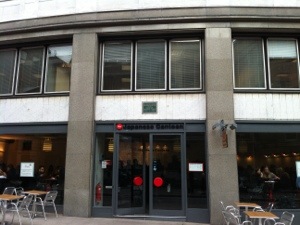 Even better, across the road from it stands St Mary Aldermary Church (you can see it on the left in the first picture).  A city church, hemmed in on all sides by other buildings, it sports a lovely Georgian gothic fan-vaulted ceiling below which on the north wall is a rectangular marble monument to Braidwood (too high to get a close-up picture, I’m afraid): 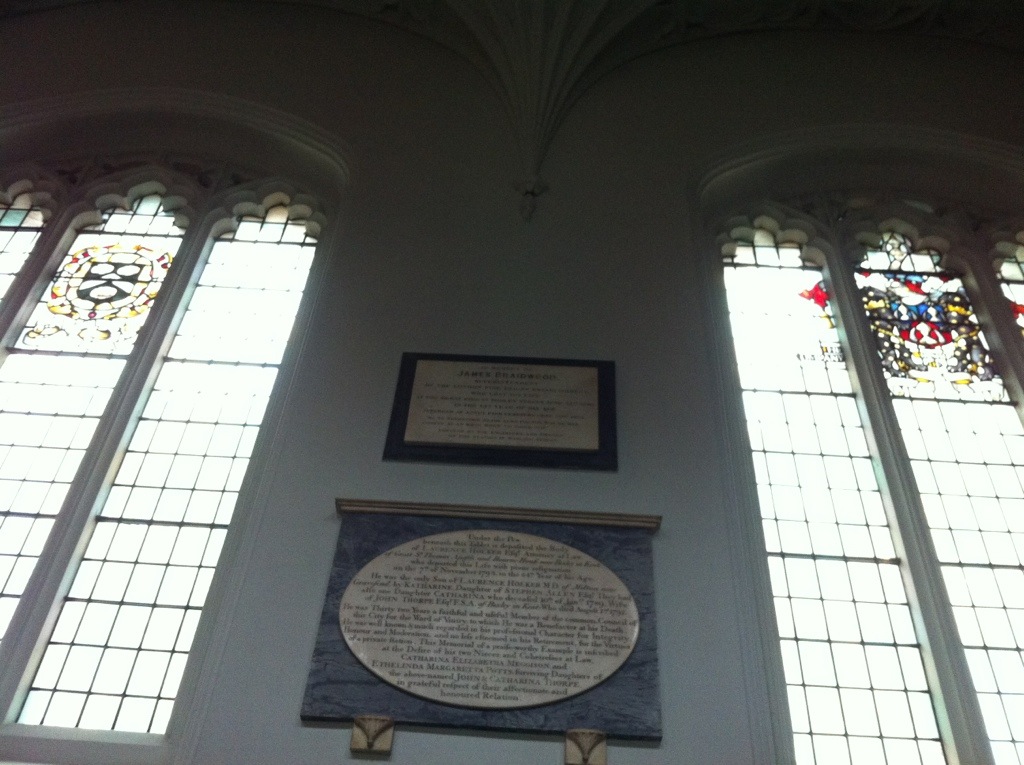 Be ye therefore ready also, for the son of man
Cometh at an hour when ye think not 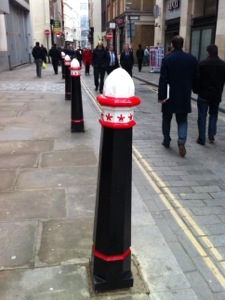 The ‘Greatest’ Fire of the 19th Century

The Man Who Saved Westminster Hall

The End of the Road

Firemen to the Rescue